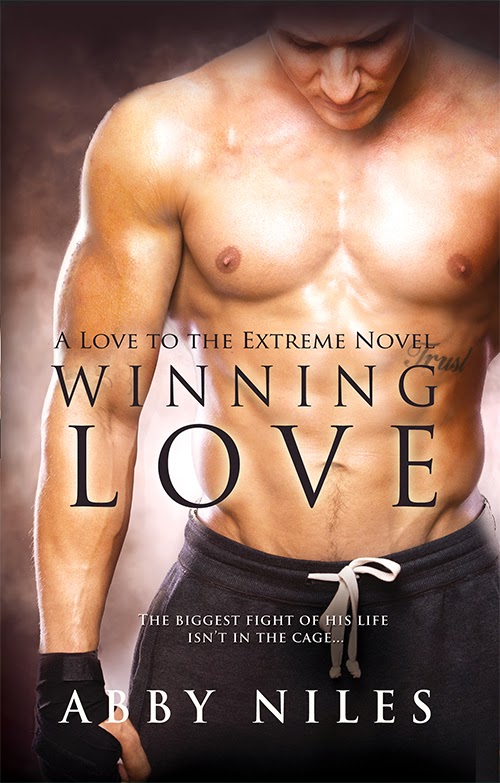 Mac “The Snake” Hannon has spent years throwing himself into cage fighting as a way to lash back at the natural disaster that destroyed his future. A call for help has Mac returning to the one place he swore never to return: Kansas—in the height of tornado season.

There he meets free-spirited Gayle Matthews. At first he wants nothing to do with the infuriatingly persistent woman, but the crazy challenges she tosses his way are impossible to resist. As she thaws years of bitterness, bringing back the Mac he believed long gone, he starts to make peace with the past and see the future again. Until he learns she chases his worst nightmare—then he can’t get away fast enough.

Meteorologist and storm chaser, Gayle Matthews is no stranger to being left behind and now believes in living in the moment. She wants to do just that with the handsome extreme fighter with the achingly sad eyes. As she works to replace the sorrow with desire, she finds herself breaking her one rule: have fun but don’t fall in love. When he suddenly pushes her away and she discovers the horrifying reason why, she issues one more challenge: face his fear and come on a chase with her.

Will squaring off with the past lead to a victory for heartache or love?

“Oooh. Curmudgeon McMudgeonson this morning, huh, handsome? Had a few hours to think, did you?”
Stunned, Mac’s arms slipped a fraction of an inch. He jerked them back up. She hadn’t blinked. Hadn’t even hesitated.

How did he deal with a woman like this?

“I have,” he said. “I think it would be best if we keep our association to a minimum while I’m here.”

Way-too-enticing plump, pink lips pursed as she cocked her head to the side. “Why? Scared you might have some fun?”

“I’m not on vacation. I’m here to help Lance train.”

“And if you’ll notice, Lance is gone. You’re going to realize he’s gone a lot and you’ll be sitting in this house alone with nothing to do.”

“I’m quite capable of keeping myself busy.”

“I have no doubt you can. But that doesn’t mean you can’t have a little fun with more than just yourself. Unless, of course…you like playing with yourself.” A mischievous sparkle danced in her hazel eyes.
Words left him. Vanished from his mind as though he hadn’t used them all his life. He finally managed, “That was inappropriate.”

“Did I say something racy?” Her nose scrunched, then she laughed lightly and wagged a finger at him. “Shame on you, handsome. I was merely playing with words. You’re the one who put the dirty spin on it, not me.”

He didn’t believe a damn bit of that. “I don’t have the patience for your antics today.”

Through the entire exchange, he’d studied her movements as he would any opponent in the cage, waiting for the first signs of frustration or anger. There was none. Her body was just as relaxed as it had been when she knocked on the door. What did it take to ruffle this woman’s feathers?

He jerked his chin to the area behind her. “You know the way home.”

Intending for that to be a dismissal, he started to back away from the door to close it. She grabbed the handle to the screen door and swept past him into the kitchen. Stunned, all he could do was gape at her audacity as she placed the picnic basket on the kitchen counter.

“I’m not a vampire. I don’t need to be invited.” She held up a hand and lightly shook it. Dangling from her middle finger was a silver key on a large key ring. “Besides, I have this. I get to use it. Any. Time. I. Want. I thought this morning was perfect. Thought maybe I could catch you in bed and slip underneath the covers…you know…wake you with a very pleasant ‘good morning, handsome.’” Pursing her lips seductively, she winked.

Mac swallowed, alarmed by the way his body responded to the image she’d painted. She was fucking with him, she had to be, and she was enjoying every damn second of it, while he was floundering. Never had he felt so outmatched by an opponent.

This is an incredible read. Not to be missed and worth so much more than the 5*!!

Wonderful story, I was cracking up and shed a few tears along the way. Expect the unexpected with Winning Love, a fantastic read that will have readers anxious for more.

A thrilling, emotional romance, Winning Love was a wonderful read.

Winning Love is the third installment in the Love to the Extreme Series and my all time favorite.